It was 2nd April 2019 and nobody yet had agreed to come with me for stargazing. There were high chances of the plan getting scraped off. Though also was planning to go alone but Maitrey and Siddesh had scared me with their stories already.

After a lot of calls and convincing, Uday and Siddesh finally agreed.

The whole night I couldn’t sleep, damn excited! Tracey joined us without any hesitation and ready we were. While booking the train tickets it was certain for us to not get a seating because it was already 10:30pm on 3rd April and the train we had to board was departing at 9am 4th April and we had no tickets. But we did see a train out of nowhere at 11pm on 3rd April on the IRCTC App(apparently they realease some trains or something like that).So the whole train was almost empty. Maybe we were lucky or maybe not!!!

Won’t detailofy much about inside of the train took rest and reminisced about our college days. Finally we reached Jaipur Junction, booked a nice(and spooky) hotel. Had a light meal and we started.

The hotel was located near the Jaipur junction and when we entered was vacant like nobody stays in the building.The gy at reception desk sounded like he was so pissed off hosting us the guests and wanted us to leave soon. So we were handed our keys and the room service guy took us to the room. You must have visited several hotels and also know how the labelling of the room starts. For first floor it is 101-199. BUt our room was something different, it was labelled ‘Maharani’ and obviously the room had a different bed like it belonged to an actuall Queen and to no surprise all the walls had portraits of queen and diffrent abstract and figures. The entrance of the room had a statue of two doorkeepers with only one stick with them. At the night over the terracce was a party. I sneaked a bit and there were all foreigners, Hookahs, alcohol and trippy stuff, quickly I called Uday and Siddesh but while climbing the stairs a guy came running down(who was the room service boy) and entered the room adjacent to the staircase and kissed a foreigner women at the door, went inside and closed the door. The next morning we got ready to leave, opened the door and what we noticed was the stick which one of the statue was holding wasn’t in the hands of the same one, it had changed. Weird.

It was around 9:30 pm and we checked out from the hotel as we had a zoom car booking at Jaipur Metro Station. We went to the pickup point and came to know that our pickup point is somewhere 15km away at Mansarovar. We headed to Mansarovar and found out that our car was in center of a ground parked with no zoom car assist executive to help us to record the footage and the car had a keyless unlock from the phone. Hmm Okay! When we booked the vehicle we made sure that the fuel was included as it was night and not sure how many petrol pumps would be available at service and nearby because it was altready a remote area. Surprisingly it was low on fuel, was all dirty and the worst was yet to come.

Luckily we found a petrol pump(not nearby), fueled up the vehicle and decided to stop for midnight dinner.

So we started after the dinner and reached CRPF Lalwas office and were stopped by the police for license check and other formalities where i messed up and Uday had my back. Crusing for two hours more we saw a board which said take a left for Bhangarh fort. But for atleast next 3-4 kms there wasn’t a left turn. Strange! The houses there didn’t have roofs and we only could spot one single car throughout the journey of whose driver wasn’t visible. Well! We slowed a bit because it was a kaccha rasta despite mentioning on the map as State Highway. Suddenly Uday stopped the car and what we saw in front of us was a white wolf taking rounds looking at us like he will pounce on us and eat us. Remember I said the worst thing was yet to come earlier? Here we realised that our door lock doesn’t work. If you press the lock button on the door a second or two later the button popped back to normal. The wolf finally ran into bushes and later we kept encountering animals.

A while later a huge bull like creature was standing like a mannequin and I’ll be honest it didn’t was a bull in the center of the road and we had stopped the car for it to pass by because the road was too narrow. It didn’t move a bit so we had to push(not human push) the vehicle a bit from corners. Then came the police station to right of which was a road whoch directly took you to the ruins of the Bhangarh fort. Ofcourse we didn’t took a left turn but more surprising thing was that we couldn’t spot any road, we did when we got back home. The police station was a big duplex building with ample doors and windows, which were open(both doors and windows). The station building had only two lights red and blue and probably all were lit. Just this two colors nothing else. A bit on the toes we dared not to get down from the car and keep driving to Sariska. Siddesh also mentioned he saw a car in the reflection of the door window. But there wasn’t any car around actually. The most surprising thing was that we had an iPhone 5, mi 3A, Sony c3, moto g3 and a NIKON D5200 and also I clearly remember taking a lot of pictures but when back home we dont have any! All the weird series of events still make me think what actually happened!

Please don’t go to Bhangarh when its dark … thats what I would suggest The sky was clear but the visibility was less after what I had seen on Instagram post I thought it would be a good stop in my experience for stargazing(simply). Surely a memorable one. 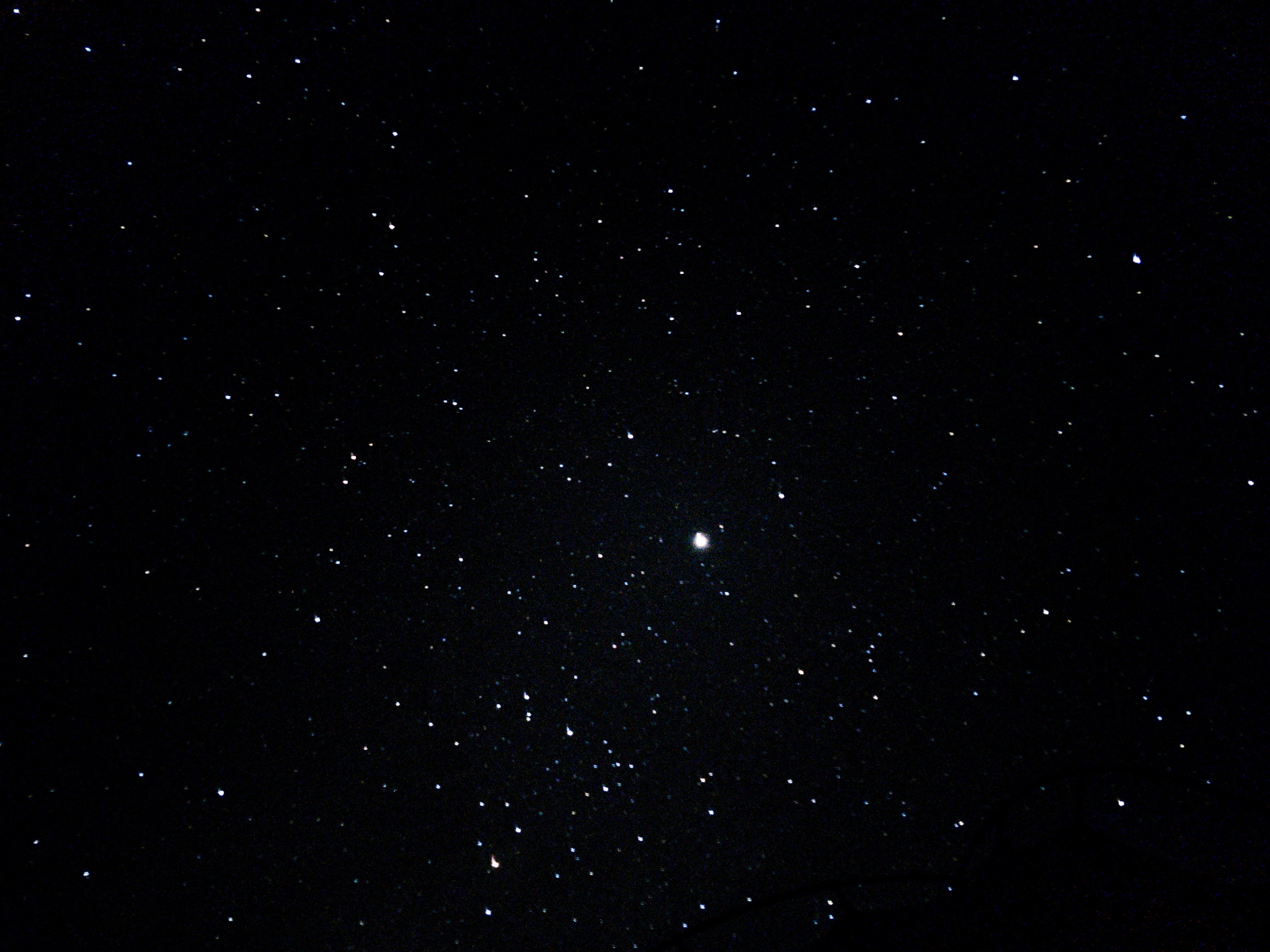